Danish trawler is fishing more effectively than ever before

The Danish trawler L153 Malle, with skipper Tommy Bach at the helm, is extremely pleased with his new Thyboron trawldoors.

After a move to the new Type 15 VF specially designed “flying doors”, the vessel has increased its catches.

As a visible proof of this, L 153 Malle just landed 17.4 tonnes of plaice and cod, after fishing for only three days. The catch sold for a price of 350,000 danish crowns.

Up until autumn Malle fished with 7 m² trawldoors, which were just replaced by a set of 9 m² Type 15 VF. In the last couple of weeks the vessel was fishing for cod and plaice, just north and west of Hirtshals. They struggled with bad weather in the area, but now entered a quieter period.

With the change to the specially designed “floating” Type 15 VF pelagic trawldoors from Thyborøn Trawldoors, skipper Tommy Bach has achieved several advantages over the conventional trawldoors he used before. Now the Jutland trawler can both, fish with “flying doors” and if necessary use them as traditional bottomdoors. The doors have a Hardox wearkeel to ensure a longer life.

As for the fuel-saving effect of the new doors, there are clear advantages. But the skipper of Malle has instead chosen to increase the towing speed so that, instead of saving fuel, he reduced the time at sea. So all in all a very happy fisherman who can highly recommend the “flying doors” from Thyborøn. 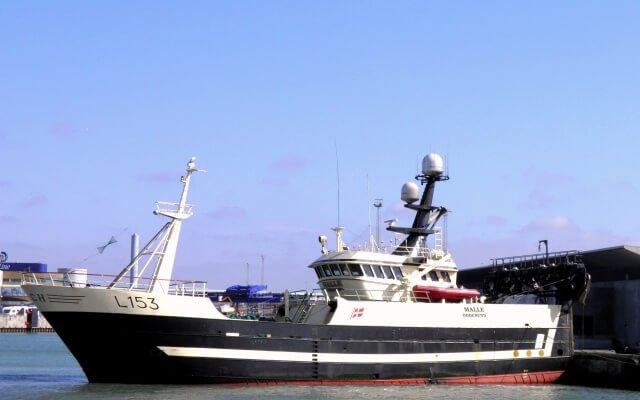 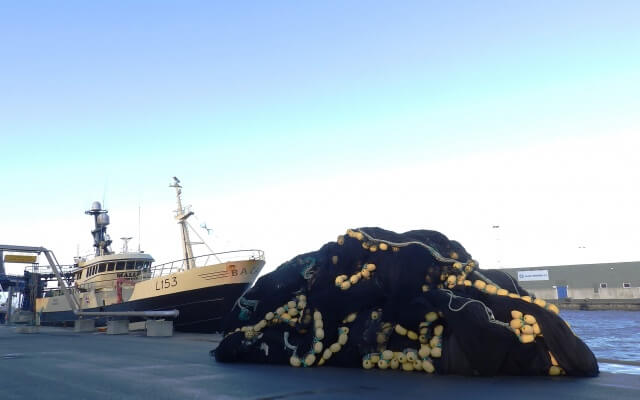