One of the newest additions to our product range of semi-pelagic trawldoors.

One of the newest additions to our product range of semi-pelagic trawldoors. 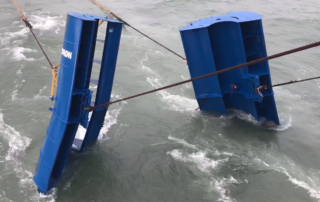 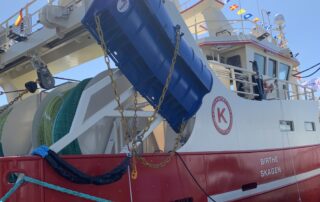 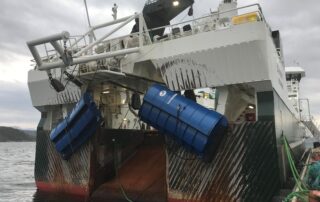 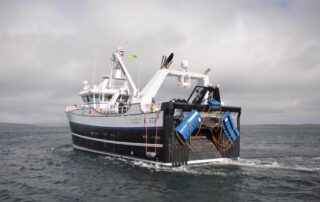 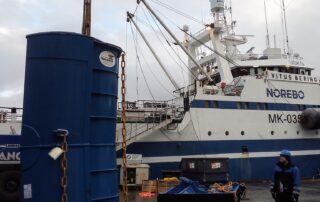 The TYPE 23 BLUESTREAM have been developed by using our great experience with the dimensions of the semi-pelagic TYPE 14vf.

The highly efficient design originates from the TYPE 22 pelagic trawl door with the implemented BLUESTREAM technology.

The TYPE 23 BLUESTREAM semi-pelagic trawldoor is an all-round high aspect trawldoor, that is used for different kinds of fishing setups such as bottom fishing, semi-pelagic and pelagic fishing both in deep water and in shallower water.

TYPE 23 BLUESTREAM trawldoors are all built with bolted on wear-shoes, wear-knives or a flat wide mud-shoe. This design is the most efficient semi-pelagic trawl door in the world.

This design can be used for bottom trawling and pelagic trawling

The BLUESTREAM technology is the key feature of the new trawl doors by Thyboron Trawldoor. By developing a door with a more fluent and efficient waterflow Thyboron Trawldoor has succeeded in bringing this revolutionary invention to the world’s fishermen. The concept is simple- a door that creates greater spread with less resistance. As the trawl doors are towed through the water, the double foiling system forces water through the foils at higher speed thus creating a greater amount of lift while at the same time it is reducing the resistance.

The TYPE 23 have mostly been sold to vessels that are fishing for whitefish with either single rig or twin rig.

The TYPE 23 BLUESTREAM comes in the following models: